Across the globe we are facing (the consequences of) extreme precipitation, heat stress and draught brought about by climate change. An issue which needs to be addressed by everyone. How do (international) companies and governments deal with this? This is just one of the major topics that will be discussed by more than 150 international delegations from 60 countries in Leeuwarden at the 2018 World Trade Centers Association (WTCA) General Assembly. 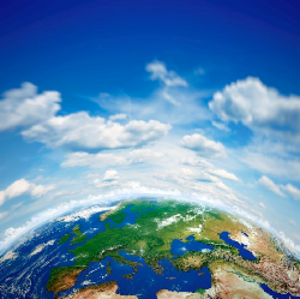 From 22 to 24 April 2018, around 400 representatives from 60 countries (all of which are affiliated with the World Trade Centers Association) will meet at the WTCA General Assembly 2018 to share knowledge and experiences related to social themes such as climate, (water) technology, food and agriculture, health, energy, and property.

Tauw will of course also attend, given that we have gained a great deal of experience in the Netherlands and Europe with issues related to climate adaptation and (urban) water management. We will, among other things, host a workshop and organise a special excursion for the international delegations, because we want to share our knowledge and learn from the experiences of others.

Workshop: (The Consequences of) Climate Change in Cities (Tuesday 23 April)

The changing climate affects the living environment in our cities. A well-known example is heavier precipitation, resulting in floods. What is less well-known is that climate change also affects, among other things, air and water quality and city warming (heat stress). What consequences should governments and businesses take into account? And how should they respond to them with their policies and methods?

During an interactive lecture, Dr. Floris Boogaard (senior consultant at Tauw and Professor of Spatial Transformations at the Hanze University of Applied Sciences in Groningen) and Dr. Jeroen Kluck (senior expert at Tauw and Professor of Urban Water Management at the University of Applied Sciences in Amsterdam) will enlighten the audience on Tauw's approach to climate adaptation within cities.

Tauw is organising an excursion program together with the Friesland Water Board, the Royal Vereniging De Friesche Elf Steden, the Elfstedenhal Organisation, the Museum of Friesland, and the LF2018 (Leeuwarden European Capital of Culture year) for the international trade delegations. Culture and history will be alternated with a substantive programme dealing with urban water management and the consequences of climate change. After all, this is one of the reasons that it is more than 20 years since the ‘Eleven cities ice skating race’ (Elfstedentocht) took place in the Netherlands!