On 16 and 17 November 2021, TAUW and its consortium partners presented the results of the ‘HCH in EU’ project commissioned by the European Commission during a workshop in Brussels (Belgium). During the workshop, we were responsible for engaging with various stakeholders and sharing our best practices for managing HCH-impacted sites in a sustainable manner. 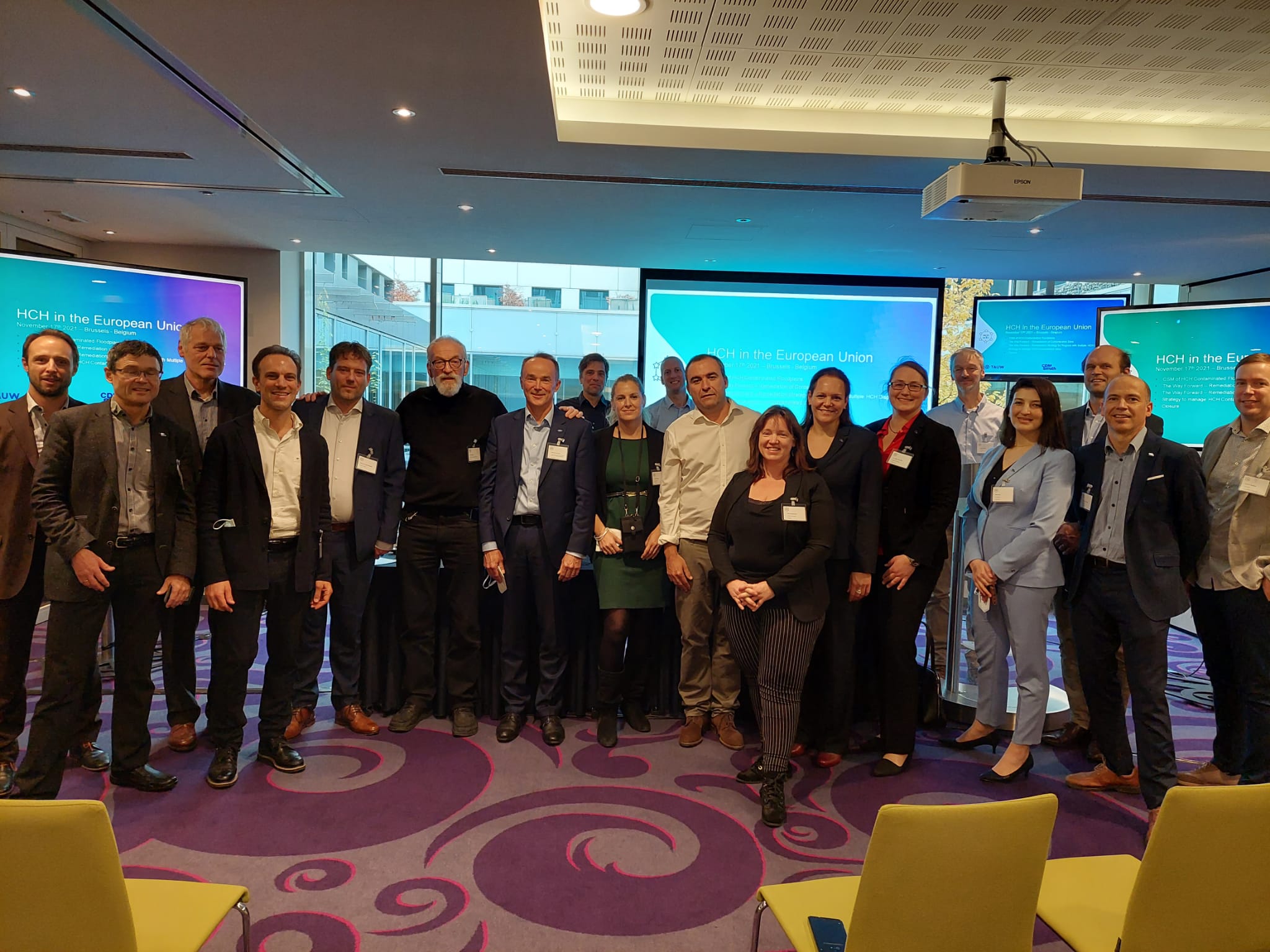 It was an inspirational event that facilitated knowledge-sharing and initiated a dialogue among all participants. The workshop was co-hosted by Isabel Garcia Muñoz, Spanish Member of the European Parliament. Besides members of Parliament from Denmark, Spain and Slovakia, the workshop attracted government officials from various EU countries and a wide range of experts in the field of HCH. In total, around 80 people participated in this workshop in Brussels - both live and digitally.

Overview of sites where HCH and/or Lindane was handled

The European Commission was asked to initiate the ‘HCH in EU’ project by the European Parliament. One of the objectives of this project was to map out the legacy of Lindane and technical HCH production in Europe. The consortium mobilized its European network to identify sites where HCH and Lindane were handled. In total, around 80 professionals (under instruction from the Consortium partners) helped to realise the various inventory-related and technical aspects of the project. The inventory involved collecting information about pesticide use in all 27 EU countries. Governments, companies, and NGO’s were approached to gather relevant information about sites where HCH was handled. This resulted in a list of 299 sites where HCH and Lindane were handled, and provided an insight into the many uses – more than initially thought – for HCH and Lindane.

Besides the inventory, a group of experts (from the Consortium partners and other EU companies) offered assistance to seven site authorities to sustainably manage HCH and Lindane-contaminated sites. The support offered was very technical in nature, and included developing 3D Conceptual Site Models, remediation planning and alternative approaches for remediating these contaminated sites.

More detailed information about this project, including a video and background articles, can be found on our HCH in EU webpage.

One of the additional tasks of this project involved designing a strategy for the EU-wide management of HCH-contaminated sites. This strategy highlights the next steps that must be taken at EU, country/region and site level to finally reduce the environmental impact of HCH and Lindane-contaminated sites in the EU. The stakeholders that attended the workshop were urged to initiate these preparatory steps. 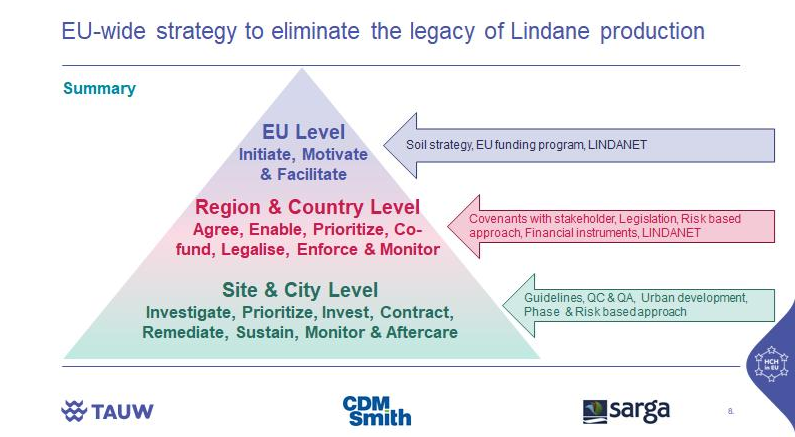 On 17 November 2021, the European Commission took an important and necessary step forward in the approach to sustainably restore contaminated sites (such as with HCH and Lindane). This is included in the new EU Soil Strategy which aims to restore degraded land and soil, and to ensure that by 2050 all soil ecosystems are in a healthy condition.