TAUW's motto is: 'It's not just a daily job, it's a living ambition'. Sometimes that ambition can be to transfer to another company. Heinz Peter Thelen made that step after twelve years at TAUW. So why does his story appear on this website? He returned in June 2021 and since then has been working as Senior Project Manager Demolishment and Brownfield Development at TAUW Germany.

“When I studied Geology in Aachen, with a focus on environmental geology, other students had been collecting stones or fossils since they were young. I hadn’t. In fact, growing up I was more interested in languages. I always thought I would end up as a teacher in English or Spanish”, says Heinz Peter reflecting on his student days.

How did he come to study Geology? “In the army, we used to talk about what we were going to do after our service was over. Someone told me that he was planning to study Geology. Then I realised that my development was not yet complete because I always had this focus on languages. So, I decided to give Geology a chance and I was pleasantly surprised. You get such a complete understanding of the history of the earth. And I travelled a lot for the study, where my languages came in very handy.”

During his studies, Heinz Peter already worked at a small engineering firm where he got a contract after graduating. “In six years' time I learned the complete basics there, because I did everything myself from A to Z. In 2000 it was time to move to a bigger company and that became TAUW. There I acquired all the qualities and skills that I still benefit from today. But the international side of things kept getting to me, so after twelve years I decided to make the move to an even bigger company, with offices not only in Europe but worldwide.”

The company was bought up some time later and thus grew from 50,000 to almost 100,000 employees. Gradually, the company's focus shifted away from Heinz Peter's field of expertise. A development that did not appeal to him, so he took a leap of faith and joined a small start-up. Due to COVID-19, the company ran into difficulties and Heinz Peter was forced to look for a new job. A job that practically fell into his lap when a former colleague of TAUW called him with the news that they were looking for a Senior Project Manager.

Heinz Peter: “TAUW was my first choice to go back to. The company is big enough to have an impact, but small enough that you have an internal say and are heard. TAUW is one of the major players in Europe working on remediation of soil and groundwater, my field of expertise. Moreover, the company has a specific atmosphere that I somehow missed in the past years. The way of working is liberal and open-minded. TAUW trusts its own people and sees opportunities. The first time I worked there, we were already working on the risks of flooding. We were there early on. TAUW really is a forerunner.” 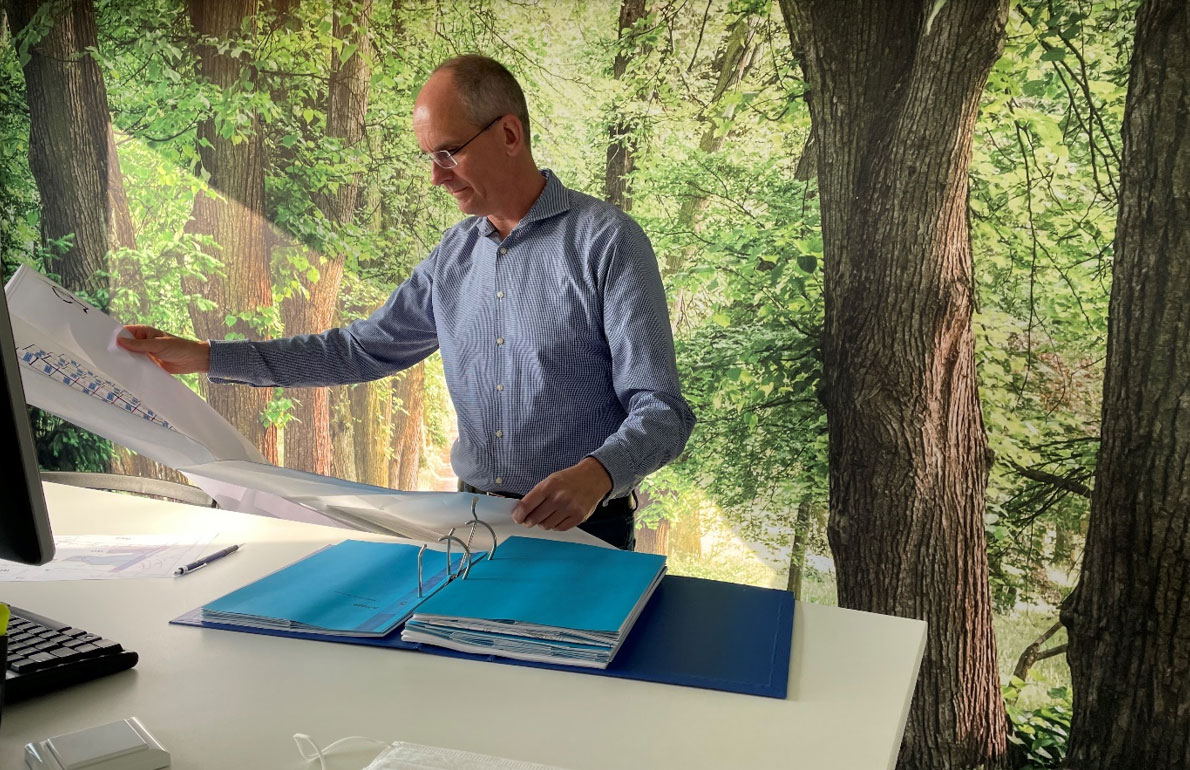 The impact TAUW can make and its focus on sustainability is very important to Heinz Peter. “I have two children and want them to grow up on an earth that is still habitable. What we are experiencing now, for example in terms of floods, is only the beginning, in my opinion.”

“Together with my family, I try to contribute to a sustainable existence. The house we built ourselves is equipped with a heat pump and there are solar panels on the roof. The energy we save is passed on to the energy company. We also drive a hybrid car. What we do, we do because we think it's worth preserving this planet. My knowledge of geology makes me realise that mankind is but a speck in the entire history of the earth. And life on earth is so special. We must work together to protect it.”