The World Health Organisation (WHO) ranks mercury among the ten most hazardous chemicals to health worldwide. In Europe, almost all countries have committed themselves to the minimisation of mercury emissions by signing up to the Minamata Convention. In the following article, Dr Patrick Jacobs explains why the focus of attention should be European rivers when considering and assessing the risk of mercury contamination and the role climate change plays in this regard.

This article is based on the findings and experience of TAUW’s international team of experts who have been working on the problem of mercury on an international basis for several years. In September 2022, our experts will give a presentation on this topic at the RemTech Expo in Italy, and will specifically address the problem of mercury in European riverbed sediments.

Why is mercury such a problem in water? 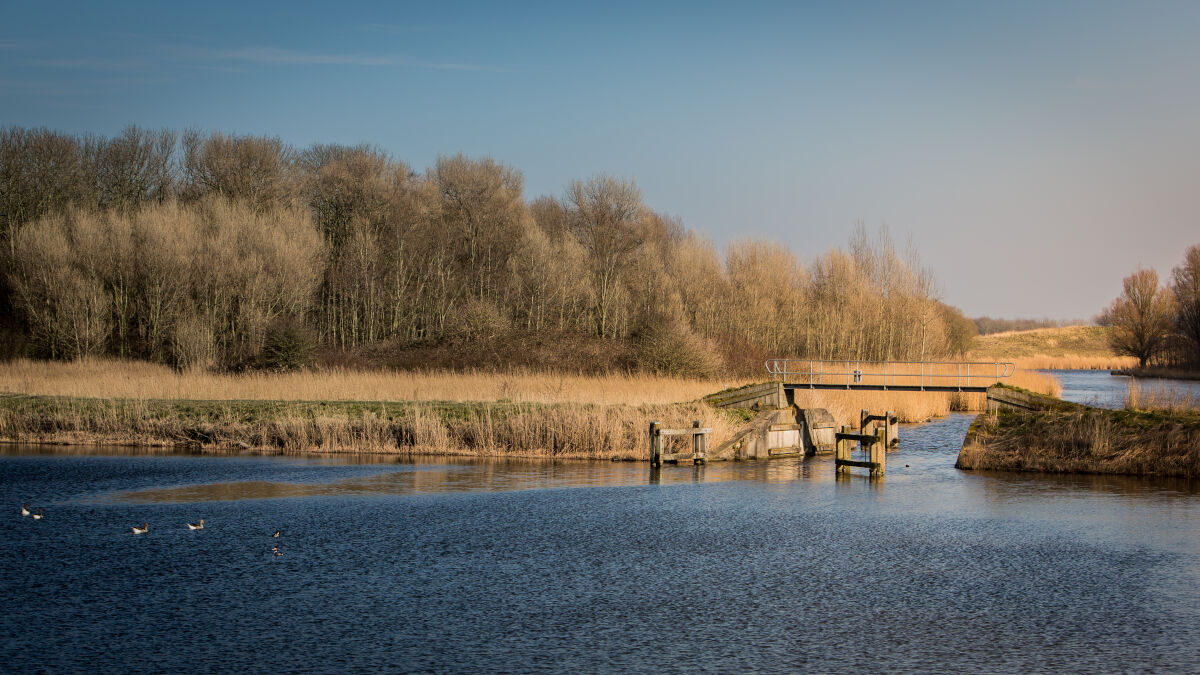 The mercury report by the European Environment Agency (EEA) once again clearly shows that  mercury presents the biggest risk in rivers, lakes and oceans where it often is present in  the most toxic methylmercury form that is readily absorbed by animals, including fish and bioaccumulates further in the aquatic foodchain.

The status of water bodies in Europe is monitored and assessed on the basis of the European Water Framework Directive (WFD). The WFD defines the chemical status of water bodies and obliges all Member States to assess the chemical and ecological status of their waters against the EC EQS Directive (2008/105/EC, amended by 2013/39/EU). This sets environmental quality standards (EQS) for certain substances and groups of substances, including mercury, which are valid in all EU states. For most of these monitored substances, environmental quality standards are exceeded in only a few stretches of water throughout Europe. With mercury, however, the situation is different. In Germany, for example, mercury (as well as polybrominated diphenyl ethers or PBDE) is an almost ubiquitous problem in surface waters. This is in line with findings from many other EU Member States: current data show that out of the approximately 111,000 surface waters in the EU, almost 46,000 do not meet the EQS for mercury that has been set to protect piscivorous birds and mammals (maximum 70 ng/L allowable concentration in the water phase and 20 µg/kg in biota) [EEA 2018].

Where does mercury in European waters come from?

As with many persistent organic pollutants originating from a wide variety of industrial processes in the catchment area of major European river basins, it is difficult to trace the origin and dispersion pathways of mercury in surface water. Some historical primary sources have long since been shut down. However, the remaining deposits in soil and sediments act as long-term secondary sources for the aquatic environment. In the Netherlands and Spain, among others, we found significant accumulation of mercury in sediments near wastewater and stormwater discharge points at a number of former key industrial sites (i.e. chlor-alkali plants) where mercury was used, which also led to further downstream spreading and deposition of mercury-containing sediments in downstream river, riparian and floodplain sections.

These mercury-containing sediment deposits are particularly concerning as aquatic organisms come into direct contact with the contamination bound to the particle surface or dissolved in the pore water. Furthermore, increasing flooding and flood events create an additional source of hazard when particle-bound mercury is further mobilised from sediments and floodplain soils.

How does climate change increase the environmental risk from mercury?

Over the last decade, many European countries have repeatedly experienced extreme flood events that turned even minor streams and rivers into raging waters, causing considerable damage to infrastructure. Scientific evidence increasingly suggests that severe flood events will rise in both frequency and intensity in the coming decades due to global climate change.

Along with aqueous sediments, floodplain soils situated downstream of urban or industrial catchments, may now become a source of legacy pollution to the surrounding environment. when particle-bound pollutants are mobilised by increasing and more extreme flood events.  Due to the bioaccumulating and toxic properties of mercury, in particular of methylmercury, bioaccumulation and biomagnification of mercury in aquatic and terrestrial foodwebs following these flooding events play an increasing role in the global mercury cycle. Through the consumption of animal products and crops, mercury eventually also enters the human organism, potentially posing a health risk to those concerned.

What measures can be taken?

Minimising risk to people and the environment is often the main driver when addressing mercury-contaminated sites and areas. In order to effectively reduce risks to humans and the environment, human health risk assessments (HHRA) and ecological risk assessments (ERA) are necessary and effective tools that need to be included in decision-making and the planning phase for cost-efficient mitigation and remediation measures. This allows realistic and clear goals, targets and assessment frameworks to be established. Furthermore, these instruments offer the option of involving stakeholders in decision-making and encouraging acceptance of mitigation/remediation measures and their outcomes.

We believe that an essential basis for such risk assessments can be provided by detailed mapping and inventory studies that provide information on where environmental risks from mercury are greatest in European river systems – especially with regard to risks from severe flood events. Here, not only do historical sediment deposits in river courses, backwaters and floodplain soils play a role, studies on the existing mercury concentrations and their dispersion during flood events as well as the monitoring and analysis of transport patterns under different hydrological conditions do too.