A home electric car charger was recently installed at my house. At Tauw we now drive electric cars. It is just one of the steps we have taken to contribute to a sustainable environment. In this blog I would like to tell you about the ‘treasure’ I found after the proverbial smoke caused by the installation of the home charger had cleared.

This true story is not intended to suggest incompetence within any particular professional group, nor am I under any illusion that it couldn’t happen to me or to Tauw. I would however like to show the wider relevance of this incidence. After all, if we are able to uncover this treasure, the improvement potential is immense!

THE PROJECT involved installing a home charger, digging a trench to connect the home charger to the fuse box, and upgrading the power supply.

Preparations started out smoothly. An inspector came to assess the situation in December 2017 in order to ensure that the charging station would be installed on time and in the right place.

I was happy when the work planner called a few days before the start of the work to talk things through. But confusion hit me when shortly afterwards another work planner called me to say that the work could not be carried out. A short while later I was informed that THE PROJECT would in fact go ahead on the agreed date.

At 8.00 am sharp three men arrived. They welcomed some fresh coffee as they had all just driven in their separate cars from Limburg which was a three-hour drive. Then the men from the power supply upgrade arrived, also each in their own cars: one with a small excavator, and the other with a generator. After the coffee they returned home without having been able to complete the work because the part required to carry out the power supply upgrade was missing.

The three men from Limburg kept on working, manually digging a perfect trench to our front door, and went home early in the afternoon. Each of them had driven three hours to do a job that took them less than four hours, only to drive back again for three hours. The following day the connection, including the power upgrade, would be completed.

From bad to worse

After this, things went from bad to worse in THE PROJECT. In the days that followed nobody showed up and I had to call several times to find out what the delay was. We were told that they would get in touch to let us know when the work would actually begin. The delivery date for the electric car had to be postponed.

A concrete driller was sent to carry out the appropriate preparations. In the end he had no choice but to turn around and go home again because the gas pipe, which was in the correct position on the drawing and the photo, turned out to be in the way after all.

A different angle was chosen, which unfortunately destroyed the natural stone skirting on our wall. The reopened trench for the power upgrade was closed up again when the power cable turned out not to have the quality specified on the paperwork. The installer who was summoned for the charging station’s connection could therefore only do half his work. I had no choice but to postpone the delivery of the car once again.

The inferior power cable was replaced a week later. The following day, the installer came to do the other half of his work. This went remarkably smoothly, until he wanted to make a call to activate the home charger. Our telephone wasn’t working because the telephone cable had apparently been damaged by the digging. This also explained why our internet speed had reached a historic low point. After six days the mechanic from the telephone company showed up. He discovered that repairing it was rather complicated, so he would come back with a colleague the next day.

Eventually, six months later, the home charger and our internet were in working order.

The moral of the story

Looking at this project, the ‘bill’ (see diagram) speaks for itself. By working together, smart planning, smooth communication, and improving the processing of data (offer, drawing plans), the work could have been carried out in a fraction of the time and at a fraction of the cost.

When considering the enormous task of installing home chargers throughout the whole of the Netherlands, the improvement potential is gigantic. Even when Murphy’s law (anything that can go wrong will go wrong) is not at work.

If I draw a parallel with any kind of project, regardless of sector or industry, where people have to work together, to plan, to draw plans, calculate, dig, install, build, model, report, etc., the improvements that can be achieved are almost baffling. Even at Tauw. Which is why we are strongly committed to learning and continuous improvement.

How we do this? The solution lies in reducing wastage that lurks everywhere. Wastage in overproduction, transport, stock, waiting, over-processing, correction, movement, and not using, or misusing, talent. And last but not least, the human factor. In THE PROJECT there was one man, the installer, who did feel responsible. By keeping the human element in mind he was at least able to alleviate our suffering. This is a sharp contrast to digital and paper communication.

If we all tackle the abovementioned wastages and keep the human element in mind, then the smoke will clear and the treasure will be there for the taking... 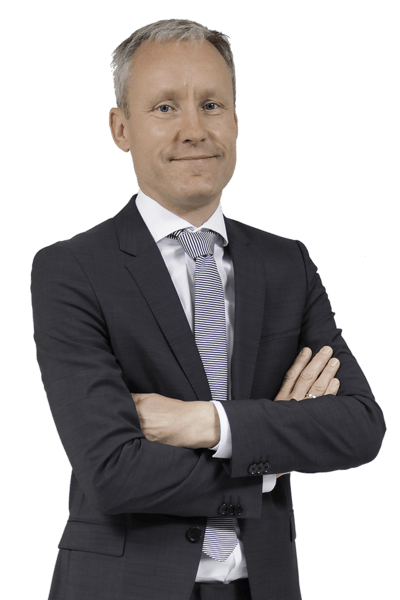