Leaks are one of the most important causes of failure in pressurised wastewater piping. In public areas, these pipes are closely monitored for leaks. However, the monitoring of underground piping in industrial locations is often lagging behind, which can lead to hazardous situations. Leaking wastewater can cause soil contamination, degrade the quality of groundwater and affect the production of drinking water. Prevention is better than cure, and cheaper, so make sure your piping is checked on time.

During the international RemTech Expo that will take place in Ferrara (Italy) from 21 to 23 September, Jasper Schmeits will discuss the challenges on possible leakages in underground pipelines / sewage systems on different industrial sites through Europe and the possible technologies in detecting the several kinds of leakages. As TAUW we conducted an inventory on the possible threats the leakages pose to the total chemical industry.

His presentation 'Inventory of leakages underground industrial pipelines' op 21 september van 12.35-12.50 uur is part of session 11 'Oil and hydrocarbons remediation'. Anyone can sign up (free of charge) for the online session via this link.

If you search for the ongoing work to replace ‘cables and piping in public areas’ on the internet, you will see plenty of results. Piping may need to be replaced because of the material it is made from, such as grey cast iron or asbestos cement. Old oil-filled cables are also being replaced with durable plastic cables and many pipes must be replaced as they have reached the end of their lifespan.

In parallel to the replacement of old piping, attention must be paid to the energie transition and chemical transition. Various factors must be considered, including:

In the Netherlands, the aforementioned need for replacement includes research, remediation and replacement work. This work is mostly being carried out in public areas. At industrial locations, too little attention is often paid to replacing piping. In chemical plants, a transition from underground piping to cable ducts above ground can be observed. Nevertheless, many underground pipes are still in use. These can cause potentially hazardous situations. For example, leaks are one of the most important causes of failure in pressurised wastewater pipes. This can have a major effect on soil and groundwater quality. 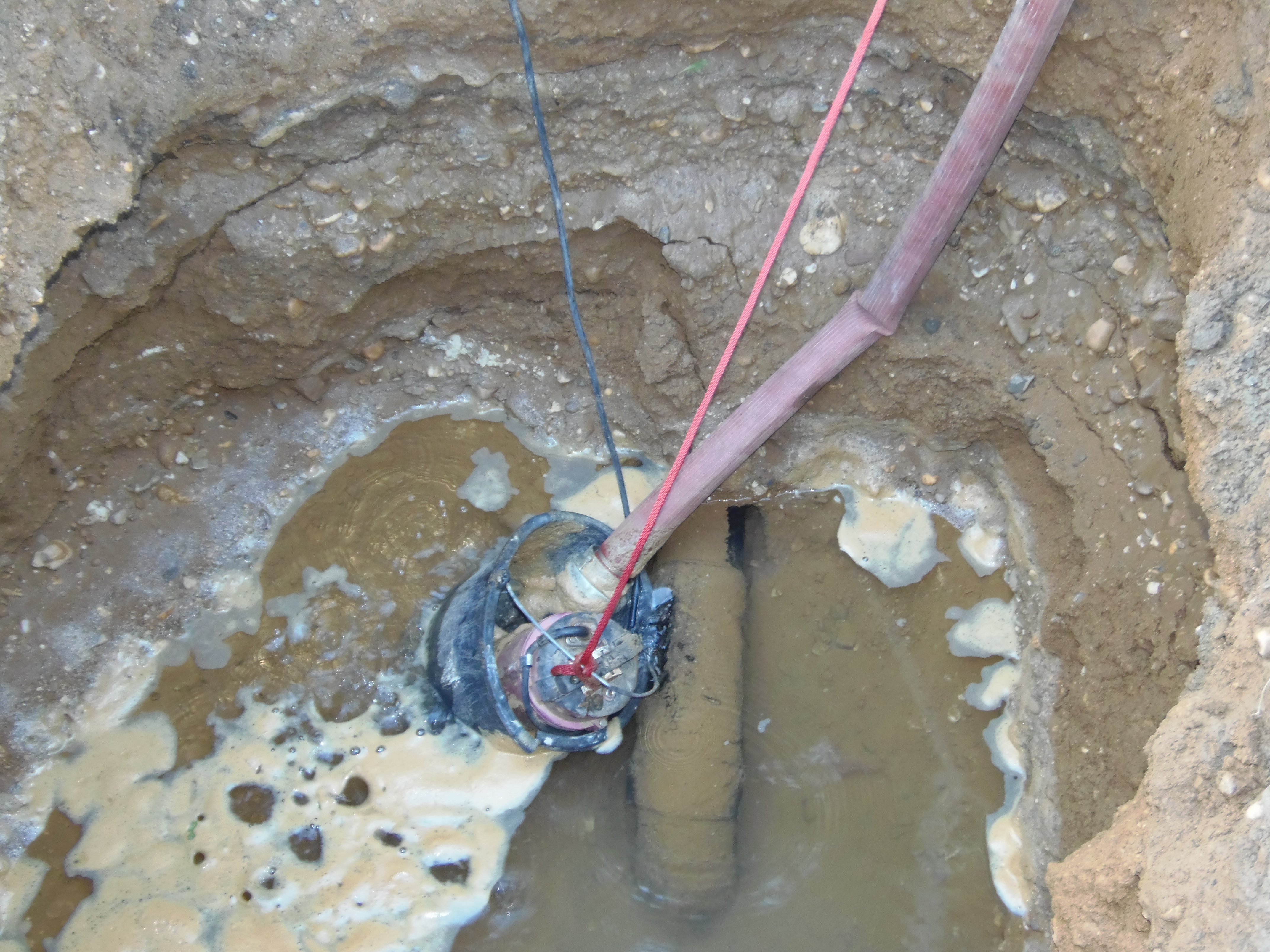 Through the years, I have worked as a soil consultant on a wide variety of piping projects in various countries. These have ranged from traditional soil surveys in response to leaks in sewerage pipes that had caused major contamination in the soil, to searching for a leak in an oil-cooled cable in Maastricht (the Netherlands) that had led to the loss of a large quantity of oil and a cooling water leak in Germany of 2.5 m3 of cooling water per hour. In this case, the leaking cooling water could have washed away the foundations of the piping. This would have had major consequences. These experiences have taught me that every project and situation is unique. However, all these incidents could be traced to the same basic principle: materials have a fixed lifespan and must be replaced after a certain period. The required frequency of replacement depends on factors including:

I am convinced that there is a correspondence between these factors and the occurrence of leaks. This is also why I am carrying out a general analysis of the chemical industry: which essential factors must I understand to identify the most important hazards? These are the pipes that must be tackled first. Experience has taught us that every investment made to prevent such leaks more than pays for itself, as dealing with the consequences of a leak often costs many times more than the costs of investing in detecting and preventing future leaks. 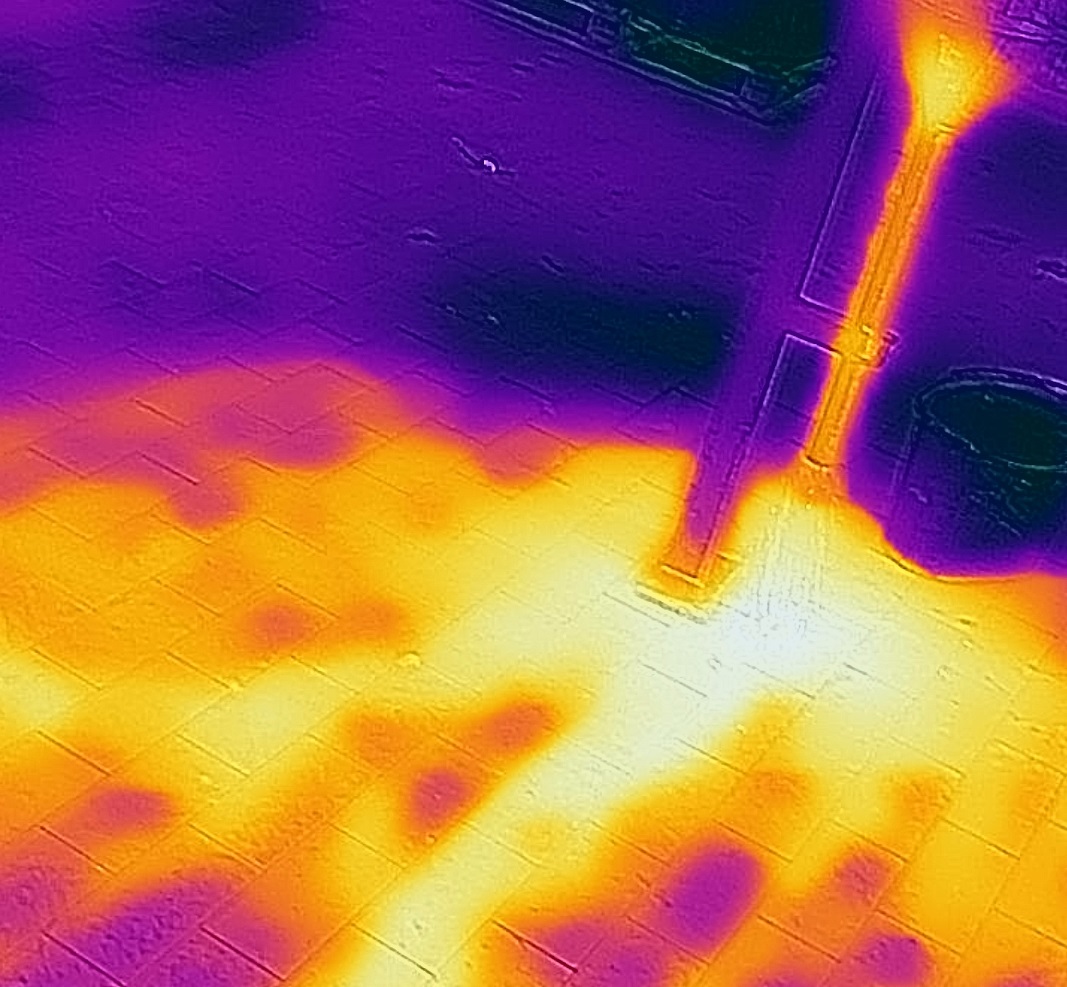 At TAUW, we are often asked if we can detect leaks in underground piping. This is not always easy. We have used camera systems since the time I started working as a soil consultant. These digital technologies for inspections are slowly improving. Drone systems such as Flyability are now available, which allow us to map the entire pipe in 3D. But even more is possible. A partnership between the University of Leiden and TU Delft has led to an improved camera system that can detect even the smallest cracks. This new technology combines multi-sensor inspections with ‘deep learning’, a type of machine learning that allows computers to learn new things by analysing large volumes of data. This learning can be assisted, semi-assisted or fully automated.

Other technologies have also been developed: electrical conductivity, acoustics in combination with glass fibre cables and thermal variants offer a solution in some cases. ‘Early warning systems’ that allow frequent measurement and prompt intervention when problems arise can also be permanently deployed.

The right measurement method and solution

The key is to understand what the specific problem is, and which (combination of) technologies can be used to resolve it. In this respect, I see myself as a ‘technology broker’. Once I understand the situation, I search for the best possible solution. As an independent consultant, I can compare the various systems and present a realistic assessment of the feasibility and impact of each option. Curious to know whether all your underground piping is still intact?