On 30 August to 1 September the AESAS Conference, the largest event on contaminated site management in Latin America, took place. Hosted by the Brazilian Association of Consulting and Environmental Engineering Companies, the AESAS conference brings together more than 1000 professionals from state and federal agencies, research institutions, consulting firms, laboratories, remediation companies, developers and industrial companies from around the world. In addition to presentations from research and practice organized in different sessions over three days, the conference offered an international trade fair where exhibitors presented their products and services in the field of environmental consulting, remediation technologies and laboratory analytics.

After this pandemic cycle, everybody was happy to meet again at the new event taking place at the SENAC university, three years after the first one. And TAUW with our long-term Brazilian cooperation partner Grupo EPA was present at the event again with a clear visibility.

Besides the TAUW representative already present in São Paulo, three TAUW colleagues from Germany traveled to Brazil to hold altogether six lectures at the AESAS conference. Matthias Sumann presented the CO2 - calculation tool which was designed by TAUW and raised a lot of attention while the results of a successful Brazilian bioremediation project was the topic of his other lecture. Also Young@Tauw had gained a ticket to Brazil in the person of Tim Schöne who impressed with a lecture about 3D modeling on the one hand and with the illustration of a sustainable ISCO remediation approach in Brazil by heating up remediators with solar energy.  Last but not least, TAUW Germany´s Technical Director Patrick Jacobs could raise much attention with his lectures on emerging contaminants like PFAS and the high expertise available at TAUW regarding mercury contaminated sites. As an immediate reaction, the São Paulo Environmental Agency CETESB approached us to get more information about mercury as this topic is becoming more and more relevant in Brazil. Therefore, TAUW-EPA intend to arrange a kind of seminar for CETESB to introduce them deeper into the mercury subject.

Tim could also attract many visitors at the TAUW-EPA booth where he excited the people with his virtual reality demonstration by means of 3D glasses and let the visitors walk in our 3D models. We could notice that TAUW-EPA is a frontrunner in digitalization in Brazil when it comes to environmental projects. 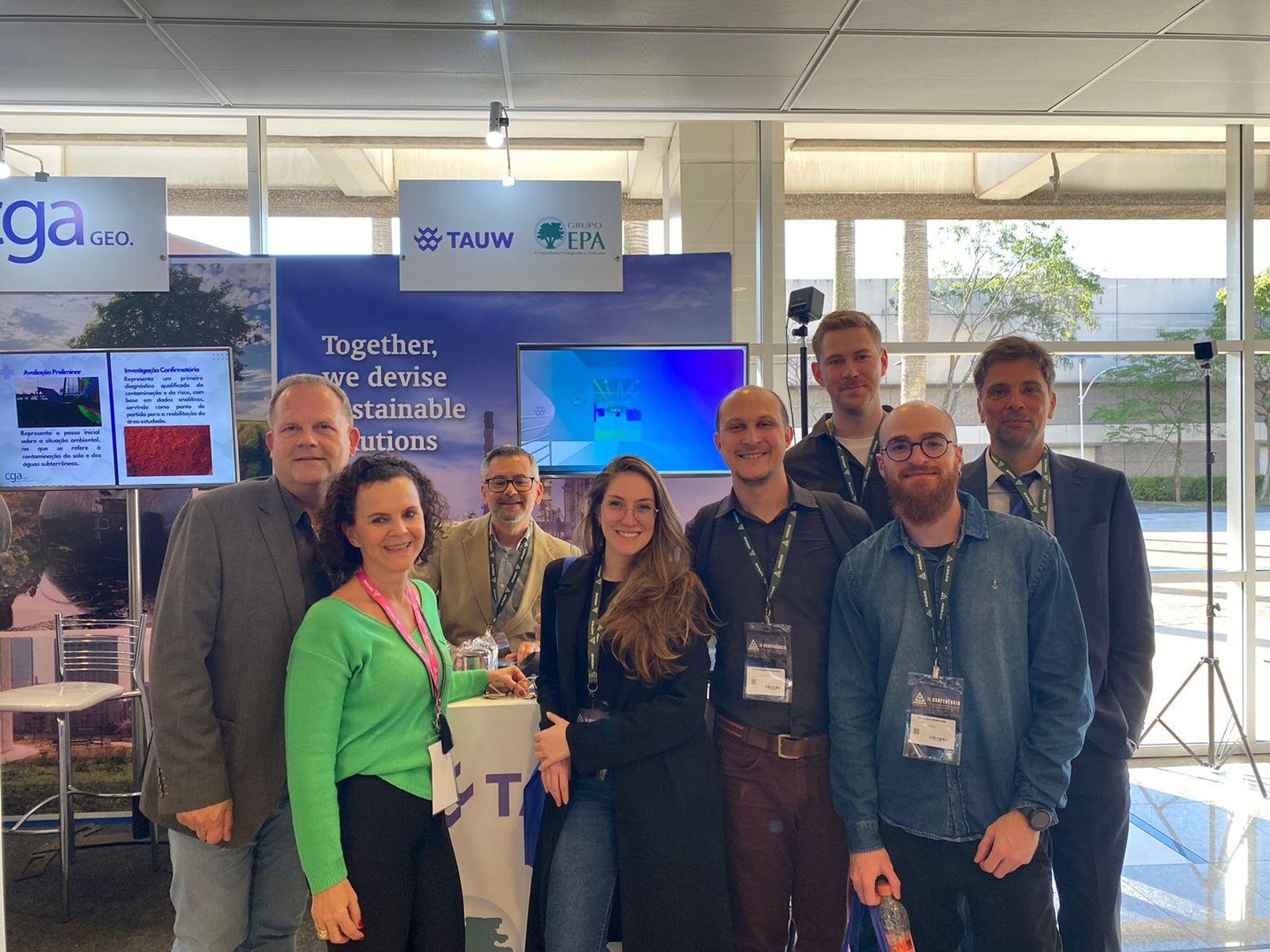 Ralf Engelhardt as the TAUW representative in Sao Paulo was involved in the organization of  the TAUW-EPA booth and administrative issues as well as in making contacts with visitors and clients  which showed interest in our services. Since all of our projects in Brazil are done in cooperation with Grupo EPA, we could demonstrate to the public that we are a strong team providing high service levels. This time, the AESAS association has laid the focus to attract industrial clients to the first event after the pandemic, but TAUW has already been asked by AESAS to cooperate with the association in the preparation of the next congress, to increase the international flavor by bringing  interested stakeholders from Europe to Brazil.

Concluding, this event presented a further milestone for the TAUW-EPA cooperation and gave an optimistic outlook to our future in Brazil.

Want to learn more about the event or interested in one of the topics presented by our TAUW experts? Contact us!