‘The collaboration with Tauw is the kind of collaboration you’d love to have with all parties: short lines with a joint proactive approach.’ André ’t Mannetje, ESH Officer (Sime Darby Oils)

Thanks to the existing relationship, Tauw knew its way around the organisation. The involvement of the employees of the various departments in the update of the management system to meet the new requirements greatly increased their commitment. Employees also became more aware of the way in which they can prevent and minimise environmental impact.

Together with Sime Darby Oils, Tauw drew up a plan of action, and then we went to work. Doing the work on site as much as possible shortened the lines, so we were able to ensure that the customer was constantly informed of the state of affairs. Together, we identified the stakeholders of Sime Darby Oils.

Not only the Environment, Safety & Health (ESH) division was involved, but also, for example, the people working at the production and personnel departments, who were interviewed to find out who the stakeholders are. These stakeholders include the permanent contractors working on site. They bring both risks and opportunities. Risks if they do not abide by the rules, but also opportunities because they specialise in carrying out their work as environmentally friendly as possible.

We will not take over Sime Darby Oils’ management system; it remains in their own hands. The transition was completed in early 2018 and ISO 14001:2015 certification has been achieved. The collaboration between Sime Darby Oils and Tauw was recently secured with a framework agreement and we are delighted to have the opportunity to support them in the field of Quality, Health, Safety & Environment (QHSE) over the coming years. 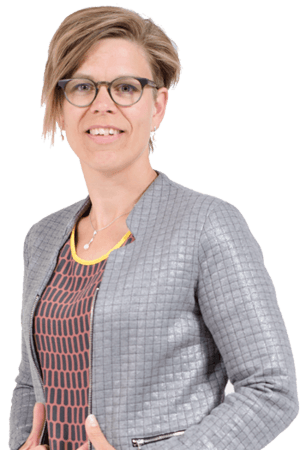